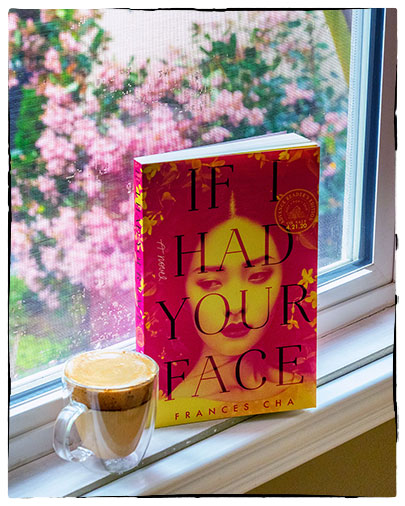 Kyuri is a heartbreakingly beautiful woman with a hard-won job at a “room salon,” an exclusive bar where she entertains businessmen while they drink. Though she prides herself on her cold, clear-eyed approach to life, an impulsive mistake with a client may come to threaten her livelihood.

Her roommate, Miho, is a talented artist who grew up in an orphanage but won a scholarship to study art in New York. Returning to Korea after college, she finds herself in a precarious relationship with the super-wealthy heir to one of Korea’s biggest companies.

Down the hall in their apartment building lives Ara, a hair stylist for whom two preoccupations sustain her: obsession with a boy-band pop star, and a best friend who is saving up for the extreme plastic surgery that is commonplace.

And Wonna, one floor below, is a newlywed trying to get pregnant with a child that she and her husband have no idea how they can afford to raise and educate in the cutthroat economy.

Together, their stories tell a gripping tale that’s seemingly unfamiliar, yet unmistakably universal in the way that their tentative friendships may have to be their saving grace.

If I Had Your Face by Frances Cha is a character oriented literary fiction set in contemporary Korea. It explores the day to day lives of four Korean women, each extremely different from the other and tells their individual stories. It is raw and unsettling, sad and thought provoking but also insightful and enlightening. It mostly focuses on its characters and doesn’t really have a traditional storyline.The writing is simple and almost conversational. and the author does a great job of providing a glimpse at the difficulties and dilemmas faced by Korean women on a day to day basis.

For all its millions of people, Korea is the size of a fishbowl and someone is always looking down on someone else. That’s just the way it is in this country, and the reason why people ask a series of rapid-fire questions the minute they meet you. Which neighborhood do you live in? Where did you go to school? Where do you work? Do you know so-and-so? They pinpoint where you are on the national scale of status, then spit you out in a heartbeat.

Kyuri is a successful room salon girl who has had to undergo innumerable cosmetic procedures due to the ruthless competition in her field. Miho is an extremely talented artist who is in a complicated and toxic relationship with a frightfully wealthy man. Ara is a mute hairstylist who is obsessed with a K-pop band and its lead singer. Wonna is a woman with a tough past and a weak economic standing who mostly spends her day worrying about how she’ll provide for her yet to be born daughter. If I Had Your Face is a glimpse into the lives of these four women, their struggles and fears, dreams and desires.

Since my knowledge of Korean culture is minimal (yes, I need to read more Korean literature) nearly everything I read in here was new to me, be it the horrifying societal norms, harsh beauty standards, cosmetic surgery culture and room salon business or the prevalent misogyny, sexism, consumerism, classism and even the obsession with K-pop culture.

While I overall enjoyed If I Had Your Face, it left me wanting a lot more. A whole bunch of fascinating subjects were introduced but never expanded on. Several questions were left unanswered. Numerous incidents throughout the book had me wondering how they’ll be addressed, but they were just left, forgotten, without any reference. Why? For example, what happened after that salon restroom incident with Ara? What was the deal with Wonna’s husband? What happened after her baby came? Did Miho simply forgive and forget? Really, so many questions and no answers. It was a little frustrating. Every story felt incomplete, the conclusion was very abrupt, not to mention vague and I did not buy how it all came together at the end. You know what, I’d happily read a sequel if the author writes one.

So, yes, it was a good enough read but not very satisfying, because while it started really strong the abrupt conclusion and lack of answers left me hanging, wanting much more.

I would live your life so much better than you, if I had your face.

Disclaimer: A free paperback ARC was provided by Random House in exchange for an honest review. All opinions are my own.