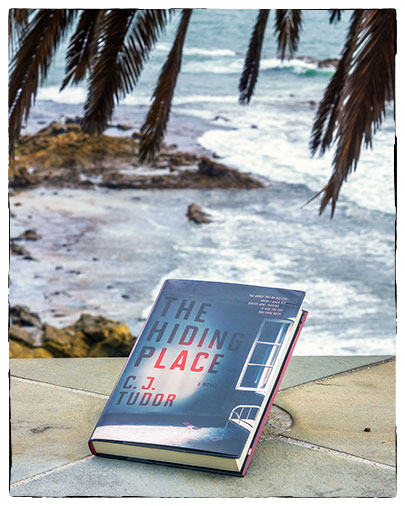 Joe never wanted to come back to Arnhill. After the way things ended with his old gang–the betrayal, the suicide, the murder–and after what happened when his sister went missing, the last thing he wanted to do was return to his hometown. But Joe doesn’t have a choice. Because judging by what was done to that poor Morton kid, what happened all those years ago to Joe’s sister is happening again. And only Joe knows who is really at fault.

Lying his way into a teaching job at his former high school is the easy part. Facing off with former friends who are none too happy to have him back in town–while avoiding the enemies he’s made in the years since–is tougher. But the hardest part of all will be returning to that abandoned mine where it all went wrong and his life changed forever, and finally confronting the shocking, horrifying truth about Arnhill, his sister, and himself. Because for Joe, the worst moment of his life wasn’t the day his sister went missing. It was the day she came back.

If I had to use only one word to describe The Hiding Place by C J Tudor, I’ll pick – Dark. Not that a single word can do any justice to this complex, nipping and absolutely befuddling puzzle of a book, but dark is the first word that comes to mind if I think about this story.

Starting from the first line, Tudor had me glued to the pages up until the very last word. Although, let me mention that I was one of those few people who wasn’t the biggest fan of the author’s debut, The Chalk Man, so frankly I wasn’t expecting much, but The Hiding Place won me over completely by managing to both creep me out and give me nightmares. It does have a slight otherworldly angle, but that does not in my opinion hinder at all with the brilliance of the overall psychological suspense, but rather makes the story stronger and more menacing.

The story is set in the old mining town of Arnhill, a bleak, desolate and unpromising place that people leave for good, never wanting to return back. But our protagonist, middle aged Joe Thorne has taken up a passable teaching job at the local school, and is back in his hometown. Joe is trying to avoid a loan shark, but surely this dreadful town couldn’t be his only choice. Arnhill was never kind to Joe in the past, there are several traumatic memories of this place that still haunt him, and yet he’s back. He also can’t seem let go of what happened all those years ago and keeps returning to his distressing memories and related places. What is he trying to do?What happened back then? Why is he really back? And why does it look like he has more enemies than friends in the place he grew up? Questions, questions!

The author is extremely smart in her storytelling, the manner in which she lays out the plot, weaving stories of the past with present events is nothing short of brilliant. I was totally clueless about where the story was heading, always an excellent sign of a well written suspense. There are also a few incidents within the story that literally gave me the chills, her description of the most innocent events was spooky to the core and I have a feeling that was intentional. But the story is not only about darkness and bloody, gory details. Revenge, grief, closure, guilt including love are also encompassed in the psychological aspect of the plot making it all the more riveting.

I have read a few reviews where readers were disappointed due to major plot similarities to a certain Stephen King novel, but since I haven’t read a single King book (oops), I have no complaints. Personally, I was very intrigued by this whole story.

I do however, have a few qualms with the ending. No, no don’t get me wrong, it was all executed flawlessly, the finale was perfectly dramatic and unpredictable. But, the explanations were not enough, or at least not for me. It’s a possibility, the author did that intentionally, but I prefer complete closure. Tell me what happened in its entirety, give me all the details, all the backstories. Open endings, even if partial don’t work for me. I was a little bothered with that last chapter, what was it about, exactly?

Anyway, I am still glad I picked up C J Tudor’s sophomore novel, in spite of not being overly impressed by her debut, The Chalk Man, because The Hiding Place definitely gets a place amongst my very well liked thrillers.

Recommended, if you like chilling, psychological suspense novels in a bleak setting.

Disclaimer: A free finished copy was provided by Penguin Random House and TLC Book Tours in exchange for an honest review. All opinions are my own.

I’m glad you liked this one more than her first book! I also like when authors progress and get better and better, that’s exciting for me as a reader. Thanks for being on the tour!

I just couldn’t stop reading this, I think I finished it in two days 🤓It was a pleasure being on the tour!