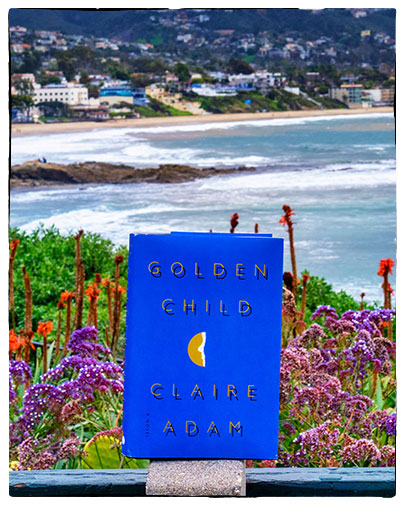 Rural Trinidad: a brick house on stilts surrounded by bush; a family, quietly surviving, just trying to live a decent life. Clyde, the father, works long, exhausting shifts at the petroleum plant in southern Trinidad; Joy, his wife, looks after the home. Their two sons, thirteen years old, wake early every morning to travel to the capital, Port of Spain, for school. They are twins but nothing alike: Paul has always been considered odd, while Peter is widely believed to be a genius, destined for greatness.

When Paul goes walking in the bush one afternoon and doesn’t come home, Clyde is forced to go looking for him, this child who has caused him endless trouble already, and who he has never really understood. And as the hours turn to days, and Clyde begins to understand Paul’s fate, his world shatters–leaving him faced with a decision no parent should ever have to make.

Like the Trinidadian landscape itself, Golden Child is both beautiful and unsettling; a resoundingly human story of aspiration, betrayal, and love.

Golden Child by Clare Adam was an extremely hard book to read, but even harder was writing this review. I literally procrastinated jotting down my thoughts for weeks. You see, I tend to categorize books – there are those I adore, keep recommending and won’t stop talking about, then there are the those that don’t work for me, ones I simply don’t care about and can’t be bothered enough to talk about. There is also an in-between category – books that I am enjoying while reading, but as soon as I move on to another, they easily slip out of my mind. And then, there is that dreaded group, one very few books make it to – books that I am convinced I don’t like, but somehow they affect me so deeply, it’s impossible to stop thinking about them, a constant string of ifs and whys and hows keep bothering me days after I am done with it. Golden Child belongs in that dire last category.

Set in 1980’s rural Trinidad, this story revolves around an Indian immigrant family, Clyde and Joy Deyalsingh, and their thirteen year old twin boys, Peter and Paul. Peter is a prodigy, incredibly intelligent, always excelling in school and life. Paul, on the other hand has always had difficulty with learning, primarily due to being oxygen deprived during birth. Clyde works long hours at a Petroleum plant and Joy takes care of the house and kids. The twins always stick together. Life is simple and good, if not easy. And then, one day Paul doesn’t come back home from school. Afternoon turns into evening that gradually fades into night. And life that the Deyalsinghs have known, changes irrevocably.

The story is divided into three parts, written in third person and told from three different perspectives of Clyde, a priest from the twin’s school Father Kavanagh and Paul. The writing style overall did not impress me. Mostly it felt flat, matter of fact and lacking in emotion. For an extremely raw and heart-wrenching story line, the narration seemed devoid of the personal connection one would expect. Although the vivid descriptions of the island setting and life in general in Trinidad during the eighties is extremely well written. The author succeeds in painting a raw and fairly accurate picture of the backlash of corruption, violence and politics on this tiny island.

The family dynamics and societal workings is also portrayed adeptly in the story. On one hand there is a jealously that leads to an impossible betrayal while on the other there is also extreme kindness and generosity. Where there are dangerous repercussions of innocent gossip, there is also a sense of community where people gather together and offer as much help during desperate times. For a fairly short book, the author has managed to encompass a wide variety of emotions and characters.

However, the final and also the shortest part of this book is what packs the colossal emotional punch. That unimaginable, heart-breaking choice that occurs towards the end of this story, invokes a giant emotional conflict, one that every reader has an opinion on. I do too, I felt enraged, crushed, and literally wanted to scream at Clyde. I can’t elaborate further, because I’d like to keep this review as spoiler free as possible, so you need to read the book to know what I am talking about. And if you have read this and want to talk, hit me up, I am not sure any amount of conversation I have about this is ever going to be enough!

Moving on, what bothered me most, even more than that terrible choice, was the abruptness with which the story ends and the lack of Clyde’s emotional response on how that one decision he was solely responsible for, affects him as a father, a husband and as a human. I wanted to know what he felt, how he justified his action and how he moved on, that is, if he did at all. It was the absence of this substantial part of the story that left me staggered and extremely unfulfilled. I’d never understand his decision, but I wish I could have known how it affected him.

And so, to conclude, I’d say even though I had mixed feelings about this story, it made its impact. A strange yet stirring tale of impossible choices, complex emotions and unthinkable sacrifices, Golden Child by Clare Adam will leave its readers conflicted and hurting.

Read this if you like literary fiction with convoluted family dynamics and extreme emotional conflicts.

Disclaimer: A free finished copy was provided by SJP for Hogarth and TLC Book Tours in exchange for an honest review. All opinions are my own.

I feel like this is one of those books that we all have a strong opinion on maybe what we would do and no matter where you are on that you might never understand his decision? Does that make sense? I feel like I have to read this one only because I have four kids myself and I love these ethical dilemma type books. Thanks for being on the tour!

Absolutely! At its core, I suppose the author wants to convey that different people would handle the same situation differently. A lot goes into a decision as important as this one, and it’s nearly impossible to understand someone else’s take on things without being in their shoes. And, yet knowing all this, still doesn’t make the story any easier. If you like ethical dilemmas I’d highly recommend you read this. Would love to know what you think of it.