I Should Have Honor: A Memoir of Hope and Pride in Pakistan – Book Review 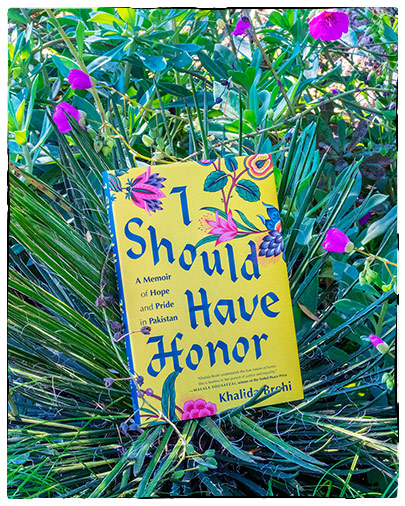 From a young age, Khalida Brohi was raised to believe in the sanctity of arranged marriage. Her mother was forced to marry a thirteen-year-old boy when she was only nine; Khalida herself was promised as a bride before she was even born. But her father refused to let her become a child bride. He was a man who believed in education, not just for himself but for his daughters, and Khalida grew up thinking she would become the first female doctor in her small village. Khalida thought her life was proceeding on an unusual track for a woman of her circumstances, but one whose path was orderly and straightforward.

Everything shifted for Khalida when she found out that her beloved cousin had been murdered by her uncle in a tradition known as “honor killing.” Her cousin’s crime? She had fallen in love with a man who was not her betrothed. This moment ignited the spark in Khalida Brohi that inspired a globe-spanning career as an activist, beginning at the age of sixteen. From a tiny cement-roofed room in Karachi where she was allowed ten minutes of computer use per day, Brohi started a Facebook campaign that went viral. From there, she created a foundation focused on empowering the lives of women in rural communities through education and employment opportunities, while crucially working to change the minds of their male partners, fathers, and brothers.

This book is the story of how Brohi, while only a girl herself, shone her light on the women and girls of Pakistan, despite the hurdles and threats she faced along the way. And ultimately, she learned that the only way to eradicate the parts of a culture she despised was to fully embrace the parts of it that she loved.

Powerful and heartfelt, I Should Have Honor by Khalida Brohi tells the story of how a young tribal woman from Pakistan stood up against honor killing – a widely accepted tribal tradition in rural Pakistan, and struggled her way to bring justice to thousands.

When Brohi’s cousin gets murdered at the age of fourteen, in the name of honor, she is repulsed and sickened by the brutality and unjustness of the violence. Determined to fight against this injustice she takes out her anger and frustration by leading the fight against this unfairness faced by many young girls.

In this brave and eye-opening memoir, Brohi talks about the struggles and injustice endured by tribal women in the name of custom and religion, and her resolute effort towards change and female empowerment. Over the years Khalida Brohi has worked as an activist, constantly striving towards her goal to end honor killings and doing everything in her power to raise awareness and provide opportunities to rural women in Pakistan helping them recognize their potential.

It was heartbreaking to read about the way women are treated in certain tribal cultures, and Brohi’s constant pursuit towards justice and equality is nothing less than inspiring.

Recommended if you like inspirational memoirs and personal battles overcoming the odds.

Disclaimer: A free finished copy was provided by Random House. I was under no obligation to write a review. All opinions are my own.